All the way from the Tibetan Plateau the Mekong river runs through China's Yunnan province, Myanmar, Laos, Thailand, Cambodia and Vietnam.

This wild river has much to offer as a sustainable recourse for the many populations that live along its banks.

Traveling in Loas was one of the best experiences I've had in along time, yes the danger of gun men in the hills is still a real one, and yes Louangphabang has now built a small airport to be more accommodating to wealthy travellers less inclined to spending a very full day in the back of a hot bus bumping along dusty dirt roads on mountains passes.

Laos is a stunningly beautiful country with much promise for the future, If your interest in going there and seeing this jewel for yourself before it changes forever, id have to suggest you get on with it quick!

The Laos government has made ties with chinese companies to construct multiple giant dams all along the Mekong River and sell the hydro power created by those dams to neighbouring countries such as Thailand, Vietnam and China.

You can imaging pilling in behind them are the multinational mining company keen to get in on the land grab currently going on there.

Lets hope the people of Laos benefit from all the new development!?

It is after all one of the poorest countries in the world with much of its population living on less than $1.25 a day.

Northern Laos is not excess able by road so the only transpiration is via river passage on the Mekong.

Living on the Mekong 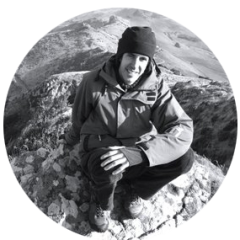